In 2008 a number of Individual from industry and academia came together in the UK  and had a vision that: “Computer Science is a foundational subject discipline, like maths and natural science, that every child should learn from primary school onwards”. Computing at School (CAS) was born. Eight years on, Computer Science is now on the national curricula in England and is being widely taught across schools to 5 to 16 year olds. This is the story of why this is so important for our children and how so much has been achieved in such a short time with so little money.

Duncan Maidens MIET CEng  is an Associate Professor in Computer Science at Birmingham City University, specialising in Computer Networks and heading a Cisco Academy.  He runs one of ten CAS Regional Centres and spends much of his time enthusing children and teachers about Computer Science. 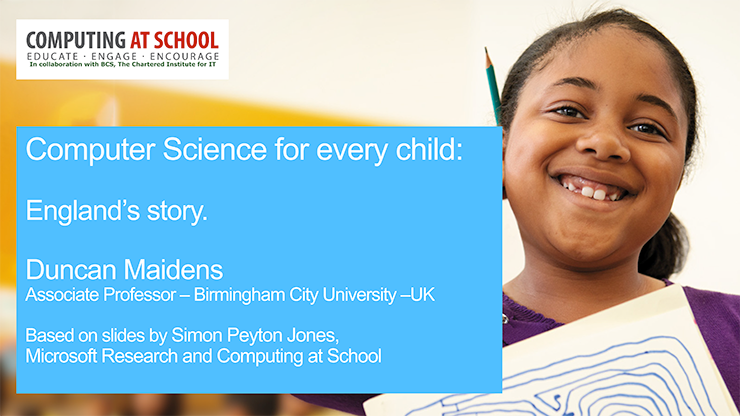